Born and raised in West Germany, Sabine Macherhas lived in France since 1976. After earning her master’s degree in German literature, she became a professional dancer, and has devoted much of her professional life to performing with a number of choreographers and groups over the past 30 years, most recently Laurent Pichaud and Mickaël Phélippeau. The author of eleven books of poetry, Macher is also a photographer, and many of her books include images. She also works extensively in soundscapes and sound installations; her work has been presented at the Palais de Tokyo and elsewhere. Her latest books are Portraits inconnus (Melville, Leo Scheer, 2004) and Deux coussins pour Norbert (Le bleu du ciel, 2009). She lives in Paris.​

Meticulous, precise, exact, on the one hand, and fluid, errant, and associational on the other, Macher's long poem performs an archeology of sensation with particular attention to the body and its mastery of the modes of perception that fall between the five standard senses. Acutely aware of her environment and its continual changes, Macher guides the reader's senses through the particulars of a "here and now" that is always negotiating with various other times, places, and events. The resulting document is a warm, wry record of life lived with attention. As well as a love story. 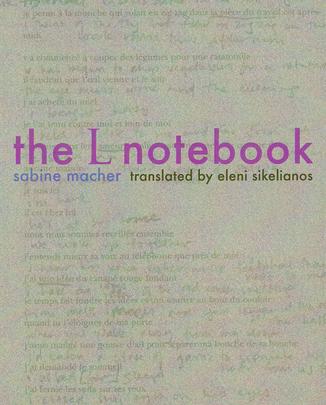