Improvised conversations ratcheted into poetry. Extracted epigraphs inversely constituting their subjects. The subjects are clear (love, day, night, time, film, etc.) and what’s said about them is clearer still—but what does it mean? These are poems that reverse the poles of communication, pushing meaning from one image to the next while also taking it apart, transposing it from line to line. Or cutting it suddenly short. And perhaps all, and only, in the impossible attempt to mean nothing, i.e., to arrive at an experience of the present in which “blurred contours are unavoidable.” 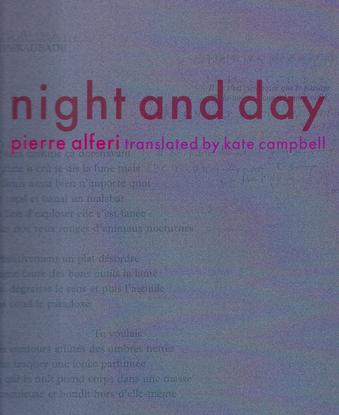