Peter Consenstein is a professor in the department of Modern Languages at the Borough of Manhattan Community College and spent three years as Chair of the Ph.D. program in French at the Graduate Center of the City University of New York. He is the author of Literary Memory, Consciousness, and The Group Oulipo (Rodopi, 2002), and he has written articles in academic journals on Oulipo members such as Jacques Roubaud and Raymond Queneau and on other contemporary  writers, such as Anne Portugal, Michael Palmer, and Tom Raworth.

Dominique Fourcade is the author of seventeen full-length books of poetry, most of them published by the influential publisher of contemporary experimental literature, P.O.L. He has also published numerous chapbooks and collaborations with visual artists, many with the fine press publisher Michel Chandeigne. He was awarded the Grand Prix National de Poésie in 1996. He is also active in the world of 20th century art and has written extensively on Henri Matisse, Simon Hantaï, Pierre Buraglio, and others. He regularly contributes to exhibition catalogues, including that for the American sculptor David Smith at the Centre Pompidou in Paris. Other volumes of Fourcade’s poetry available in English include Xbo (Sun & Moon, trans. Robert Kocik,1993), Click-Rose (Sun & Moon, trans. Keith Waldrop, 1996), and Everything Happens (Post-Apollo Press, trans. Stacy Doris, 2000). Fourcade was born in Paris, where he currently lives. 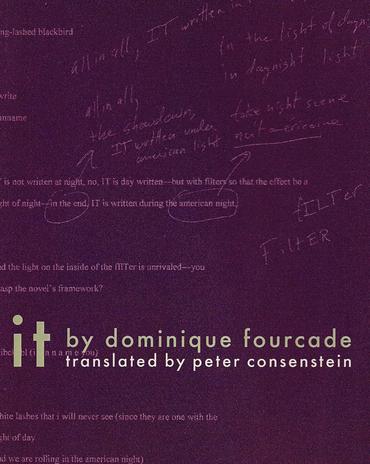