Rosmarie Waldrop captured the book's spirit perfectly when she said, "Six voices dialogue across centuries. Their delightful — and delightfully translated — exchanges range through philosophers, poets, and scientists as far apart as Aristotle and Lord Kelvin. As the voices follow each other in sestina-like permutation, they encircle — now by propositions, now by poems — “the total of light [that] is the world.” 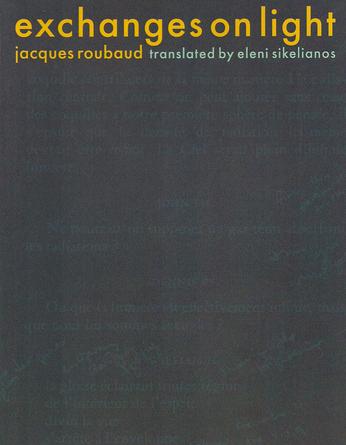