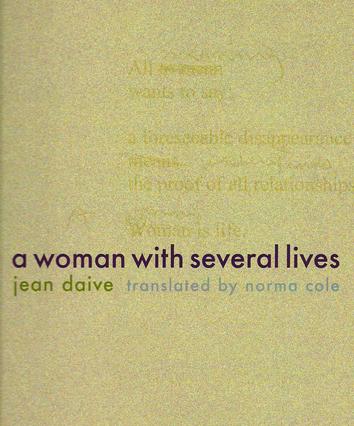 InA Woman with Several Lives, Jean Daive's eye attends Niedecker's world with a poet's neighborly thoughtfulness. His acts of observation become a form of devoted objectivist observance, as in "the window has a religion / based entirely in localizing / the leaves of a tree." Norma Cole's translation beautifully captures the reflected and refracted text, the glancing of multiple meanings against the turn of the line. The process reveals the charged air of perception and equivocation within the complex architecture of the lived poem.